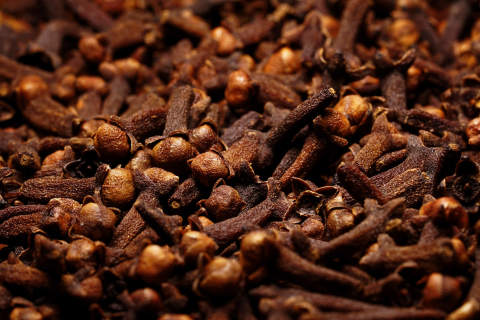 Cloves are a kind of dried flower from the plant Syzygium aromaticum. Cloves are indeed flowers from the myrtaceae tree. Cloves are fresh in red when they bloom and blackish brown when dried, shaped like small flowers, and fragrant. Cloves also have clove handles, and clove ash. Cloves are found in Indonesia and come from the archipelago.

Cloves have a slightly spicy flavor that is widely used for some types of spicy European-style dishes. Clove is widely used as the main ingredient of clove cigarette makers because it can add to the aroma when smoked. Cloves are sold in dry or powder form. Cloves have many benefits and are easily found on the market.

Indonesia as a country with the largest plant area in the world is also the world's largest clove producer. From the FAO data, Indonesia is ranked first as a clove producer, even with a two-thirds percentage of cloves in the world, with the number reaching 79 thousand tons or 73% (in 2002) and 84 thousand tons or 75% (in 2007). The history of cloves is closely intertwined with Indonesia's own history. These highly sought after spices originally only grew on five small islands east of Sulawesi and west of Papua. Cloves are highly valued because of their medicinal properties.

CV. AGRO MEGA produces clove commodities that are relied on in Indonesia. We have a variety of cloves that we take from various regions in Indonesia.